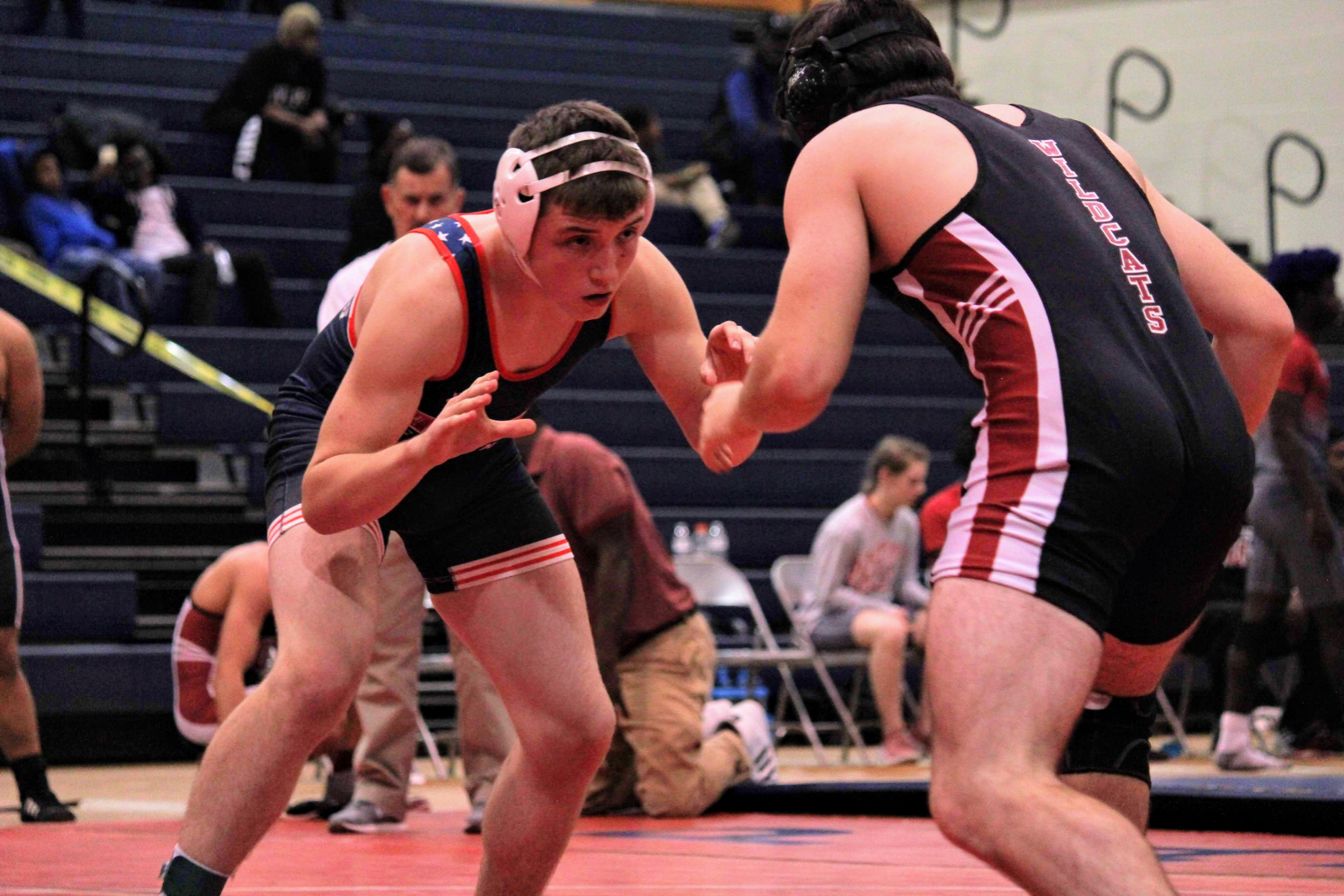 Paulding Wrestling hosted their first home meet of the year this season with South Cobb, New Manchester, and Whitewater.

For the last match of the evening, PC matched up with Whitewater who was a state qualifier team the year before. After only winning 1 of the first 5 matches, the Patriots stormed back winning 4 straight matches by fall to take the lead but could not keep the momentum going into the upper weights and ultimately fell short to Whitewater 48-30. Patriots contributing points were Savannah Lackey, Ethan Bennett, Branson Bennett, Tyler Howlett, and Lewis Leadbetter.

The Varsity Patriots return to action Saturday at Trion at their Thanksgiving Duals while the JV goes and competes at McEachern JV Duals!