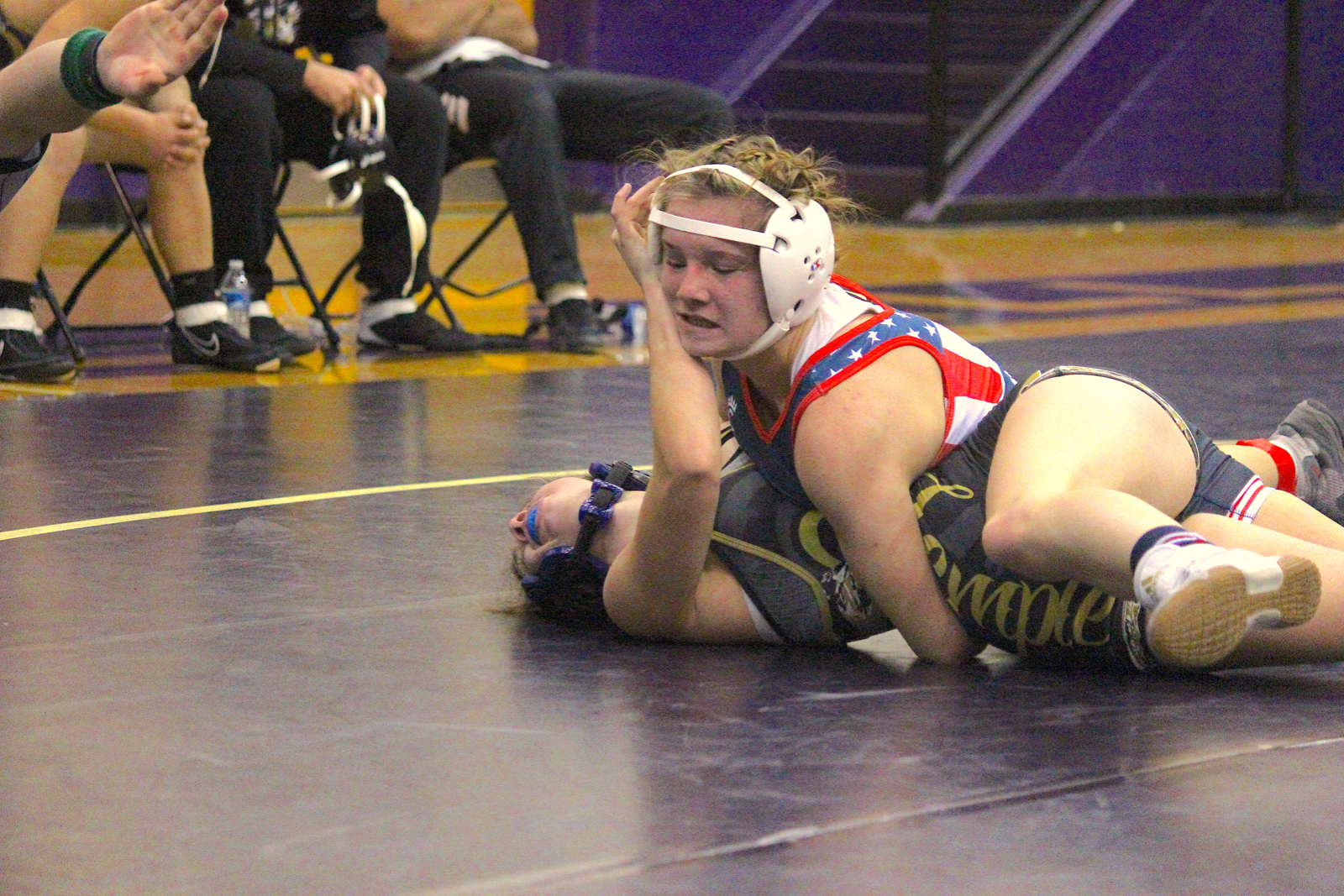 The Patriots traveled to Chapel Hill last night to compete against Chapel Hill, Temple, and Cedartown. They finished the evening 2-1 but not without some big individual wins from Captains Savannah Lackey and Branson Bennett.

Paulding opened up the evening’s matches against host Chapel Hill and won 54-16. After receiving two forfeits to start the dual the Patriots went back and forth losing at 126, then winning at 132, and dropping another match at 138 before scoring 3 pins in a row at 145, 152, and 160 to take a dominating lead. The patriots would only lose one more match at 170 before closing out the dual with another 3 wins.

In the second contest of the evening, the Patriots matched up with Temple High School and the first match was a rematch of the Girls State 3rd Place match from the year before. Savannah Lackey paired up against Zoe East who had beat her in February the year before at the State Tournament. East jumped out to an 5 point lead at the end of the first but after that it was all Lackey not surrendering an offensive point for the rest of the match and scoring four takedowns and two sets of near fall, eventually winning the match 17-12 over last years 3rd Place wrestler. The Patriots continued the trend losing only two contested match and winning the dual 57-15.

The last match of the evening for PC matched Paulding County against Cedartown. Cedartown jumped out to a quick 18 point lead winning the first 3 matches but the Patriots responded with a tech fall and two pins to bring the score to 18-17. One of the pins came from a hotly contested match where Undefeated Branson Bennett took on 2019 State Placer Chris Davis. Davis took the lead early scoring two takedowns and near fall but Branson ended the period with a reversal and went into the second down 3-6. The second and third periods were all Branson scoring and escape and takedown in the second then a takedown in the third to Davis’s back where he would eventually get the fall to secure 6 team points for the Patriots. Junior Tyler Howlett would keep the action going with a quick 0:25 pin, his second fastest of the year. Unfortunately the Patriots would not score any more team points and fell to Cedartown 17-59.

The Patriots go to compete at the Warrior Invitational this Saturday bringing Varsity, JV, and Girls in their first individual event of the year.