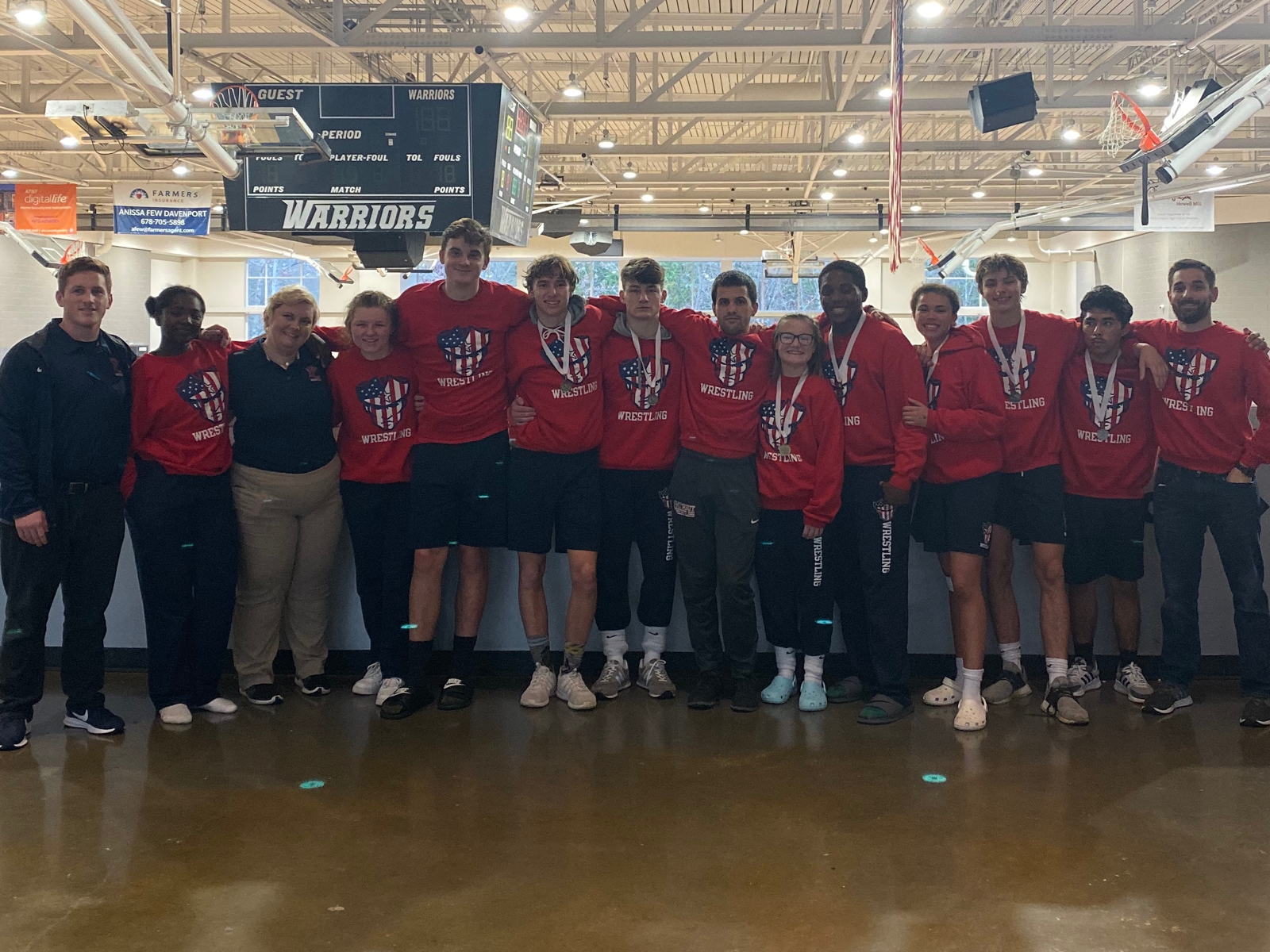 The Patriots travelled to North Atlanta High School to compete in the Warrior Classic. This was the first individual style tournament of the season for the Patriots where they would progress through their own brackets in an attempt to see who was the best in their weight class. This tournament has a division for all athletes, including Boys and Girls Varsity and Junior Varsity.

In the Junior Varsity, PC had some mixed results with only one placer Alexander Lopez, 120lbs. Several other wrestlers came close to placing but Alex established himself ahead of the group making the finals scoring bonus points in all 3 matches leading to the finals.

The Girls Varsity Team made a statement at their second event of the season. PC entered 4 girls into the event with all four placing and finishing 3rd as a team. Leading the pack was Senior Savannah Lackey, 112lbs, with 3 pins to take the championship with a total wrestling time of 2:38 in her 3 matches. Junior Sarah Nicolcea, 132lbs, also made a statement powering her way into the finals but ultimately fell the the tournament champion in her last bout. Freshman Chezney Brady, 162lbs, and Karah Page, 172lbs, both made some noise with both finishing 4th. Karah got two pins on the way to placing while Chezney got one.

The Boys Varsity Team continued with their success putting 4 of 7 into the finals, 3 Tournament Champions and placing 5th as a team. Senior Branson Bennett, 145lbs, stayed undefeated defeating a returning State Placer from Sonoraville improving his record to 20-0. Branson didn’t surrender an offensive point all day. Senior Kiyon Hardy, 220lbs, also downed a Sonoraville wrestler in the finals to take first and improved to 8-1 on the year. Junior Tyler Howlett, 152lbs, also took the championship in his weight scoring 3 pins in all 3 of his matches, Howlett didn’t give up a point the entire tournament. Junior Ethan Bennett, 138lbs, fell in the finals to a returning State Finalist to take 2nd but scored falls in all of his matches leading up to the finals and Junior Dustyn Chambers, 195lbs, took 4th.

The Patriots return to action Wednesday December 12 in the New Gym where they will take on Mt. Paran and Region Opponent Villa Rica. Wrestling will start at 6pm.